LEGAL REQUIREMENTS AND THE MOT TEST 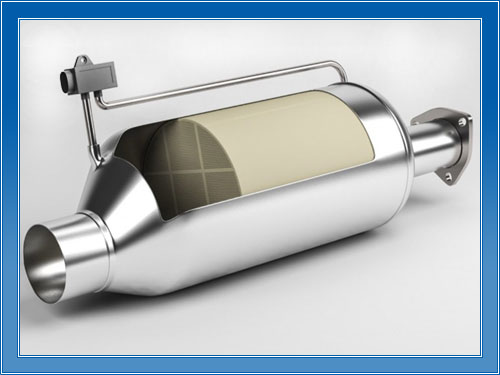 DOES MY VEHICLE HAVE A DPF FITTED? 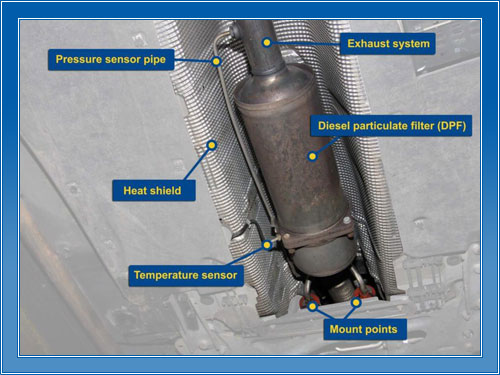 Regeneration is the process of removing the accumulated soot from the filter. This is done either passively (from the engine’s exhaust heat in normal operation or by adding a catalyst to the filter) or actively introducing very high heat into the exhaust system. On-board active filter management can use a variety of strategies :
All on-board active systems use extra fuel, whether through burning to heat the DPF, or providing extra power to the DPF’s electrical system, although the use of a fuel borne catalyst reduces the energy required very significantly.

Typically a computer monitors one or more sensors that measure back pressure and/or temperature, and based on pre-programmed set points the computer makes decisions on when to activate the regeneration cycle. The additional fuel can be supplied by a metering pump. Running the cycle too often while keeping the back pressure in the exhaust system low will result in high fuel consumption. Not running the regeneration cycle soon enough increases the risk of engine damage and/or uncontrolled regeneration (thermal runaway) and possible DPF failure.

Diesel particulate matter burns when temperatures above 600 degrees Celsius are attained. This temperature can be reduced to somewhere in the range of 350 to 450 degrees Celsius by use of a fuel borne catalyst. The actual temperature of soot burn-out will depend on the chemistry employed. The start of combustion causes a further increase in temperature. In some cases, in the absence of a fuel borne catalyst, the combustion of the particulate matter can raise temperatures above the structural integrity threshold of the filter material, which can cause catastrophic failure of the substrate. Various strategies have been developed to limit this possibility. Note that unlike a spark-ignited engine, which typically has less than 0.5% oxygen in the exhaust gas stream before the emission control device(s), diesel engines have a very high ratio of oxygen available. While the amount of available oxygen makes fast regeneration of a filter possible, it also contributes to runaway regeneration problems.

WHAT DOES THE DPF WARNING LIGHT MEAN? 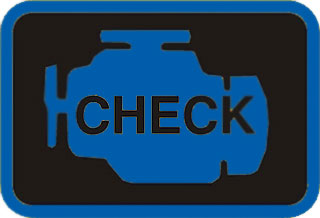 WHAT ELSE SHOULD I BE AWARE OF?